RSS
← Salt: A World History by Mark Kurlansky
The Uncanny Valley: Tales from a Lost Town by Gregory Miller →

Today we are excited to be joined by our first guest reviewer, fellow bookseller-in-exile Jamie Yates.  Not only does Jamie run his own review blog, Chicago Ex-Patriate, he is also associate editor and contributor to the newly-launched Instafiction.org, which features a new short story each weekday.  Plus, he’s fun to be around.

In my career as a bookseller, I had a tendency to disdain memoirs. Let me make a distinction—I’m not lumping biographies into this category, but rather clarifying a much needed division between the two. I generally enjoy biographies, even though supposedly “journalistic” accounts are sometimes revisionist histories, but that’s another topic altogether. Memoirs, however, are sometimes unabashedly biased or skewed towards an almost pornographic/voyeuristic look into private lives. Are you a long forgotten 1980s/1990s television co-star with a former co-dependency? Are you a non-famous person who endured unspeakable personal atrocities? If so, then your chances of selling a memoir to a publishing house are probably pretty high. I’m not trying to sound cold or unfeeling towards these sub-genres, but after awhile, there are only so many (likely ghostwritten) accounts that one can handle. The troubling subjects are explored with the stated goal of continuing the healing process, or reaching out to others with the same afflictions. Noble, yes, but after awhile, readers can become desensitized when so many similar titles have been released.

However, in my last days of corporate book selling, I excitedly came across a galley of The Long Goodbye, a memoir by poet/critic Meghan O’Rourke, a former editor with The New Yorker and The Paris Review, and

a current contributor to Slate magazine. My admiration for her writing stems back to 2010. When everyone in the literary community (myself included) was eagerly reading Jonathan Franzen’s Freedom, O’Rourke wrote a stunning essay exploring the role of female authors in the goal of writing “The Great American Novel.” She wondered whether Freedom would have been as highly received had it been written by a woman, and almost immediately after, she was the recipient of several critiques herself, as well as a briefly altered Wikipedia page (“Despite her Yale education and privileged life, she believes she is at a great disadvantage as a writer because she is a not a (yawn) white male”). These attacks were utterly unfounded, and that single example of her writing hooked me. Her arguments were precise, but not attacking; rather, the overall atmosphere was that of someone seeking an honest, open discussion about an aspect of the literary community that needed to be out in the open. Plus, while I’m still a huge fan of Mr. Franzen, I agreed with her statements, and was bewildered that people would take her words as personal attacks. I made immediate mental notes to read more of her bibliography. While my hope was to catch up on her poetry, I found myself beginning to read more of her work with The Long Goodbye, an account of her mother’s cancer and imminent death, and their many personal implications.

A memoir about death can be difficult to critique, since, other than the writing style, it’s impossible to suggest “improvements” on such a personal, troubling experience. However, O’Rourke writes about a variety of topics—family histories, the ordeal, and the aftermath—with a stunning combination of candor and beauty. The reader gets a sense of this in the very first chapter, when she writes

For several weeks before her death, my mother had experienced confusion from the ammonia that built up in her brain as her liver began to fail. Yet I am irrationally confident that she knew what day it was when she died. I believe that she knew we were around her. I believe she chose to die when she did. Christmas was her favorite day of the year. She adored the morning ritual of walking the dogs and making coffee while we waited impatiently for her to be ready; she taught us to open presents slowly, drawing the gift giving out for hours. On that last day, her bed was in the room where our tree was, and as we opened presents, she made a madrigal of quiet sounds, as if to indicate that she was with us. Her hair was swept up behind her, and she looked like the mother of my earliest memories.

It’s nearly perfect that such a loaded paragraph occurs so immediately, since it’s an excellent example of the book’s themes: O’Rourke is blunt with the medical diagnoses and bodily disintegration, evocative with the descriptions of her family life (being open and honest in depictions of friction and arguments without being saccharine in the positive moments), and still manages to craft a non-fiction narrative into creative paragraphs that read almost like a novel. She also explores research into the psychology and sociology of the grief process, and the results have a double benefit. In addition to being a way for her to come to terms with her mother’s death, her studies show the hallmarks of a critic with a supreme talent for empirical data; the reader empathizes with O’Rourke’s journey, but ends up learning along the way.

My pervasive sense of loneliness was a result, I believe, of what I now think of as the privatization of grief. For centuries, private grief and public mourning were allied in most cultures. In many places, it used to be that if your husband died the village came to your door, bearing fresh-baked rolls or soup. As Darian Leader, a British psychoanalyst, argues in The New Black: Mourning, Melancholia, and Depression, mourning—to truly be mourning—’requires other people.’ To lose someone was to be swept into a flurry of rituals. In many nations some kind of viewing followed the cleaning of the body—what was known as a wake in Ireland, an ‘encoffining’ in China. Many cultures had—and some still have—special mourning clothes.

I was struck, too, by how much of Hamlet is about the precise kind of slippage the mourner experiences: the difference between being and seeming, the uncertainty of how the inner translates into the outer, the sense that one is expected to perform grief palatably. (If you don’t seem sad, people worry; but if you are grief-stricken, they often don’t know how to deal with it.) 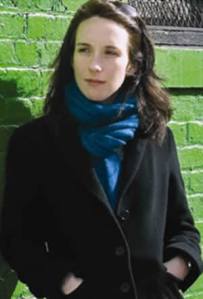 Memoirs about the death of a family member aren’t for everyone; granted, had I not been familiar with O’Rourke’s work before, it’s unlikely that I would have read The Long Goodbye. However, there’s an almost daunting wealth of creativity and honesty in this work. She explores how her mother’s death affects her love life and personal relationships; her family is presented honestly, even if some of their emotions and actions are painfully human and not tidy, rose-colored expectations of how one would deal with such a loss. Most importantly, at least to me, is the realization that O’Rourke isn’t necessarily writing to let other people know that they’re not alone in a specific grieving process. Her story is personal and is a look at how her own personality was shaped by the event, as well as how grief manages to be the ultimate paradox: everyone experiences it, but it’s never truly universal. Going by two major samples (her Franzen essay and this book), I’m confident in my belief that Meghan O’Rourke is one of the finest non-fiction writers working today. Her blend of the journalistic and the creative are nearly pitch-perfect, and her work, above all, is extremely confident. As I’ve mentioned in some of my other essays, I hesitate to use the word “poetic” as an adjective for non-poetry writings. However, dozens of passages in The Long Goodbye are almost impossible to describe otherwise:

The night is very long and my mother is lost in it. I can see the world below the plane, the aurora borealis shifting to my right, just outside my field of vision, just beneath the surface of my consciousness, a cold sea, a bright star.

Saying that O’Rourke is talented is simply an empty statement. She is a master of various styles, and, while she’s very respected in the literary community, this latest work could be a gateway to more mainstream appreciation. The Long Goodbye is highly recommended.

(NOTE: The passages were taken from an uncorrected advance copy, hence the lack of page citations. There is a chance that some of the cited passages were altered in the final published work.)

← Salt: A World History by Mark Kurlansky
The Uncanny Valley: Tales from a Lost Town by Gregory Miller →